Pet Battles (cópia descarada de POKEMON!)
– The companion pets can attack wild pets and capture them to add to your collection.
– The battles will be turn-based.
– You will be able to customize your pets with names, items and builds.
– There will be Masters that you can fight and gain a Master Ability for your pet.
– As you collect pets, you can form them into teams to take into battle.
– Pets will be account wide, including levels and customizations.
– Pets will be tradeable. You will be able to put them on the AH or give as gifts. So you can build up to high level pets and sell them for high prices.
– All players will be able to access pet battles.

What is Mists of Pandaria?

Valley of the Four Winds

PvP
New Battlegrounds (Not final yet) 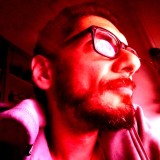